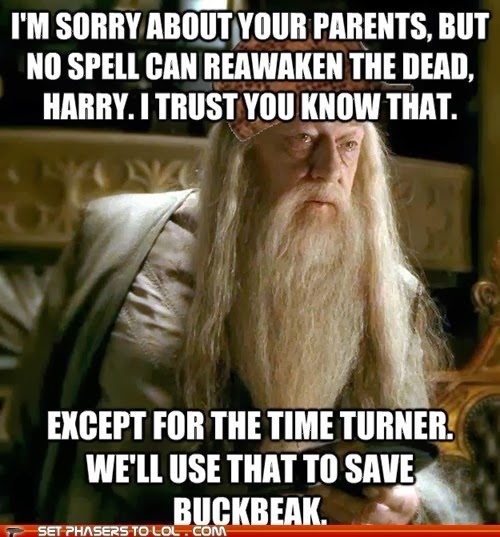 Of course, the real question is why wizards would take literally the most dangerous item they know of -- so terrifying that people accustomed to conversing with ghosts leave them locked in a special, secret vault deep underground where no one can find them -- and lend it to a 13-year-old girl so she can get to her classes on time.  But that's another post.
Posted by Reece at 1:05 PM

You seem to hate Harry Potter. If you have not already, I recommend reading Harry Potter and the Methods of Rationality. It should dispel all of your logic issues with Harry Potter: hpmor.com

Thanks for the recommend! I had a friend recommend it, and it was uproariously funny. I only got to the capture-the-flag competition, but some of the comments he makes are genius. I've also read some of the non-fiction of Eliezar Yudowski, and found it fascinating. He's a smart guy, no doubt.