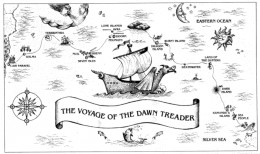 The Literature Review Process, or So I Understand It

I'm in the bookstore, and a book catches my eye.  More often than I'd like to admit, it's because it has a pretty cover illustration, or a very respectable binding.   Or maybe it was misplaced on the shelf by a previous browser, or maybe it had a special display rack for itself.

Anyway, somehow, by some means, I've got the book in my hand, and I want to know: should I bother reading this?

Of course, I can't trust the reviews on the back of the book.

The other day, an idea dawned on me.  It took several hours before the full weight of it began to sink in.  It's an idea that has enjoyed constant employment by the human imagination, so much so that the terror of it has been weakened from banality.  When I was forced to take it out of fantasy books and in to reality, I wasn't so sure I liked it.

It occurred to me, that it might be possible to make a device that causes light to travel in closed causal curves.  As in, I could do some calculations and tell you how to make it and someone with a nanolab could build it in a year or so. This would allow communication with the future through radio waves; you broadcast them in to the machine and into the future, the future responds by broadcasting into the past.