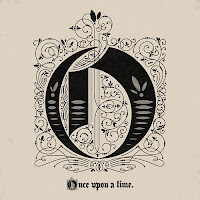 In that day and age, knights were much more prolific than they are now, and were constantly journeying about hither and yon, so that the princess saw very many of them in her patient waiting... but none of them ever rescued her.  When no knights proved forthcoming, the princess decided that perhaps they knew not she was there, so she made it her habit to sit in the windowsill.  And an occasional passing knight might spot her... but he would do no more than to wave.  Desperate for release from her cell, the princess then took to climbing atop the tower and precariously hopping from one foot to the next and shouting her need, doing all she could to attract a rescuer to save her from the dreary and lonesome prison of her tower.

And lo!  Her dramatics succeeded, as a doughty knight, traveling the country in errantry, espied her.  He rode to the tower and called to her, "Fair maiden!" he shouted, "Wherefore doest thou leap and shout?  Art thou in need of rescue?"

Now, that sort of language wasn't nearly so silly back then as it is now; in fact, hearing it, and then seeing his brilliant heraldry, the princess knew the knight to be very noble and valiant indeed; just the sort of knight she'd want saving her.

And so the princess, her hopes swelling within her, called in reply, "Verily, good sir knight!  I have need of rescue; that thou shouldst break down the walls of my tower, and climb the tower stairs, and carry me to safety."

"Fair maiden!" the knight called, rather confused, "Wherefore art thou thusly imprisoned?  Canst thou not just climb down?"

And the princess was struck by how simple he made it sound, just coming out of the tower and all, just like that - how silly of him! -  which kind of surprised her and put her off ease, so quickly she just started making things up to try and sound reasonable to keep from having to leave the tower.

"Good sir knight, I cannot climb down, for an evil witch hath imprisoned me.  And... er... dragons.  There are dragons in the tower.  And ogres.  Ferocious ogres.  And other things that a princess need not explain to a knight so noble and bold; just rescue me and take me out of the tower and worry not of what binds me hither."

"Most grievous!" the knight shouted, "Verily I shall bring vengeance upon the foul enchantress who hath thee so bound.  Yet my lady, I ask thee only one token; for I am a man in love, as bound to thy beauty as the curse that imprisoneth thee.  But promise me thy hand were I to so save thee, lest I die of want for thee."

"You'll just have to rescue me!" the princess shouted.  "Maybe after thou'st scaled the tower and slain the dragon... and the ogre... and... er... the witch... then mayhaps I would consider getting coffee with thee.  But I'm not really looking for anything serious."

"But... my lady!" the knight called, half in despair, "Canst thou not even say that thou wilt surely get coffee with me?"

"Maybe!  You'll just have to rescue me and find out!" she said again.

"My lady, mine heart pineth for thee; canst thou not even assure me of thy mutual affection for I who should be thy rescuer?"

"Just rescue me, and maybe," she said for the third time.

Yet once more, the knight called, "My lady- "

"I'm not telling you anything else until you rescue me!" the princess said one last time, resolutely.  "Just rescue me!"

"Oh," the knight said.  Then there was a very long, awkward silence.  Not knowing what else to say, the knight followed with "I see."  Whereupon followed more awkward silence.  And after a while the princess felt silly standing there and went to another side of the tower to resume her call for help.  At which time the knight felt there were probably more pressing concerns than the princess-in-the-tower, and went to look for them.

That night the princess lay down in the cold and dreary room, lonely and forsaken.  And she wept, wondering why for all her effort, yet still no knight had rescued her.  Then she checked that the doors were locked, and went to sleep.
Posted by Reece at 6:08 PM